Fabric Chip Seals are frequently used both in Colorado and other states. The application process begins after site preparation and cleaning. Oil emulsion is applied to the pavement to adhere a layer of fiber-glass like paving fabric, called Petromat, which gives the street extra durability. After the fabric is in place, a second layer of oil emulsion is added and two layers of 3/8″ aggregate are installed. The aggregate is then locked in with a final layer of oil emulsion, called a “fog seal” or “armor coat”. The added strength from the fabric and the larger, doubled layers of aggregate gives this chip seal an especially high durability.

The application required a 4 hour closure, and then another 1 hour closure the following day for fog sealing. Loose aggregate, which is common with chip seals, was becoming a particular issue here, so Foothills Paving came back almost 1 month later for a second coat of fog sealing. 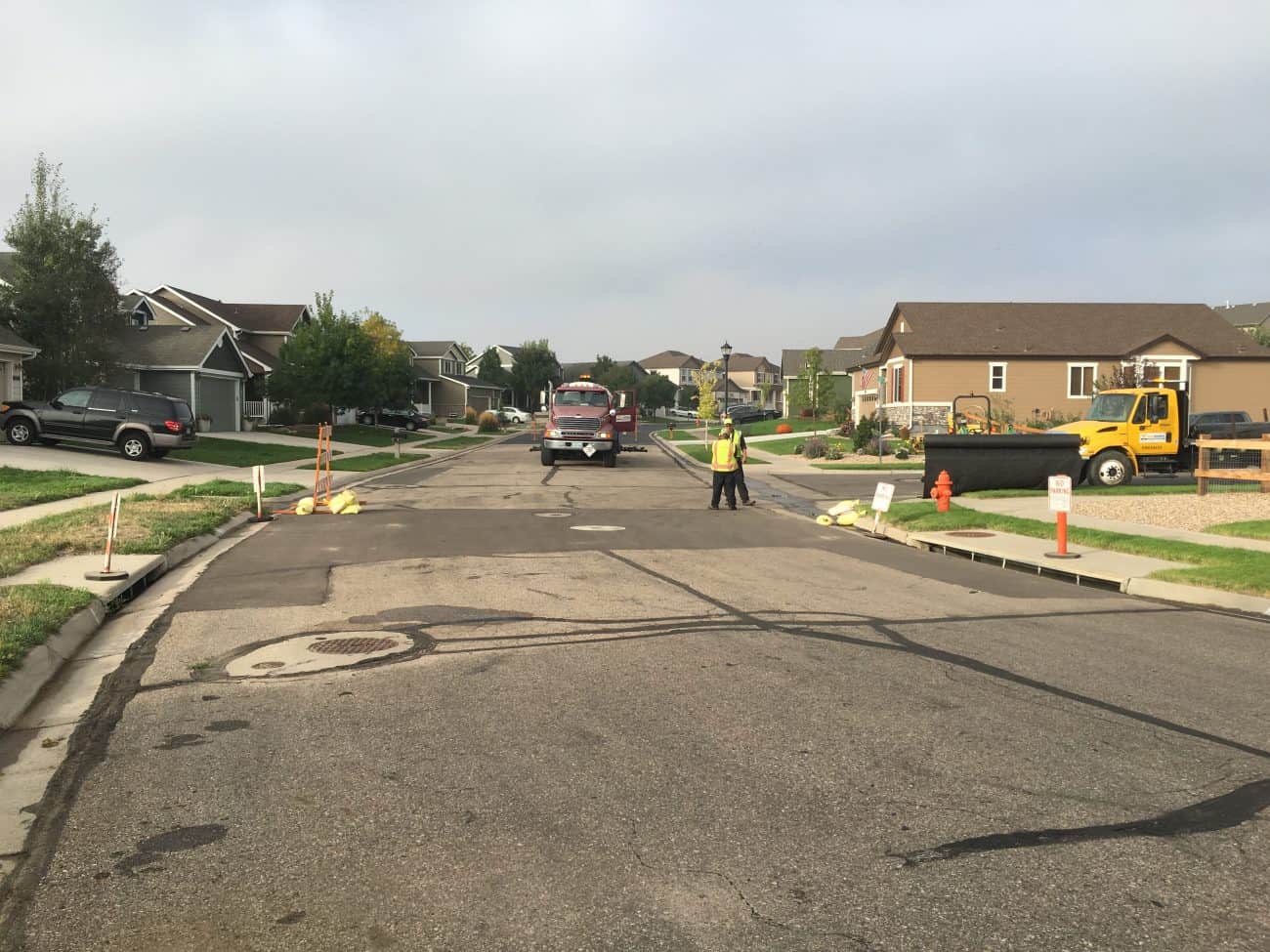 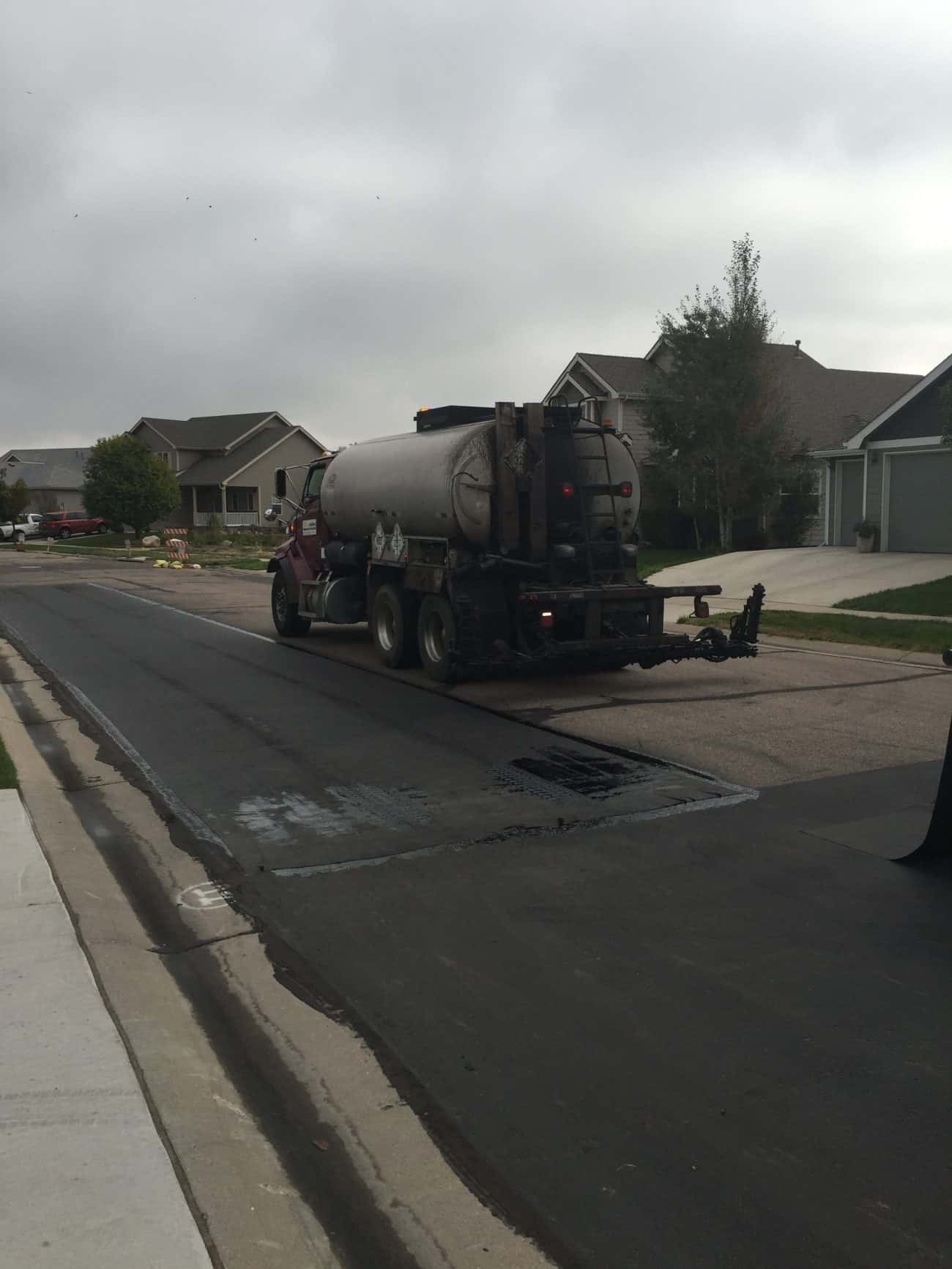 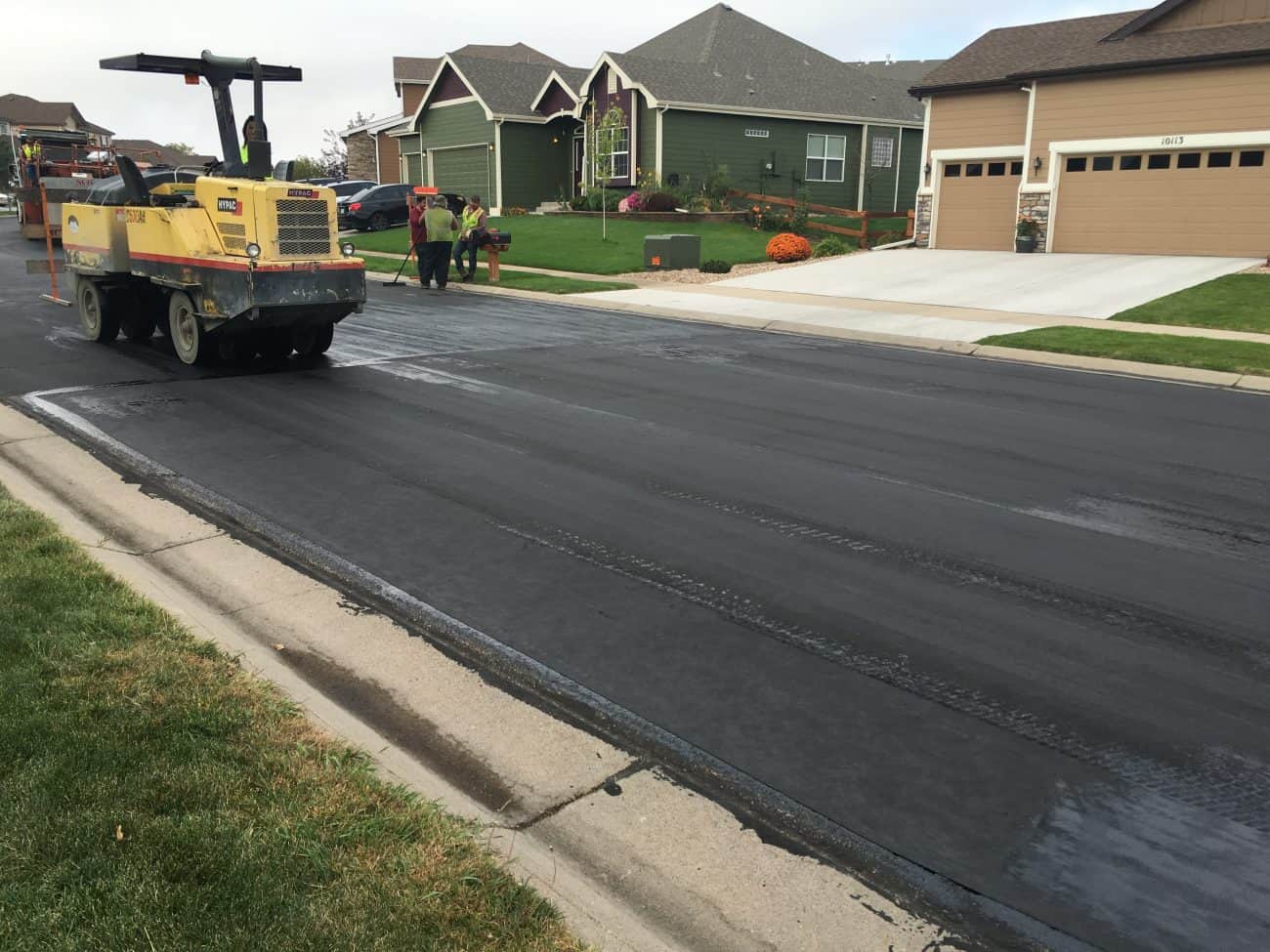 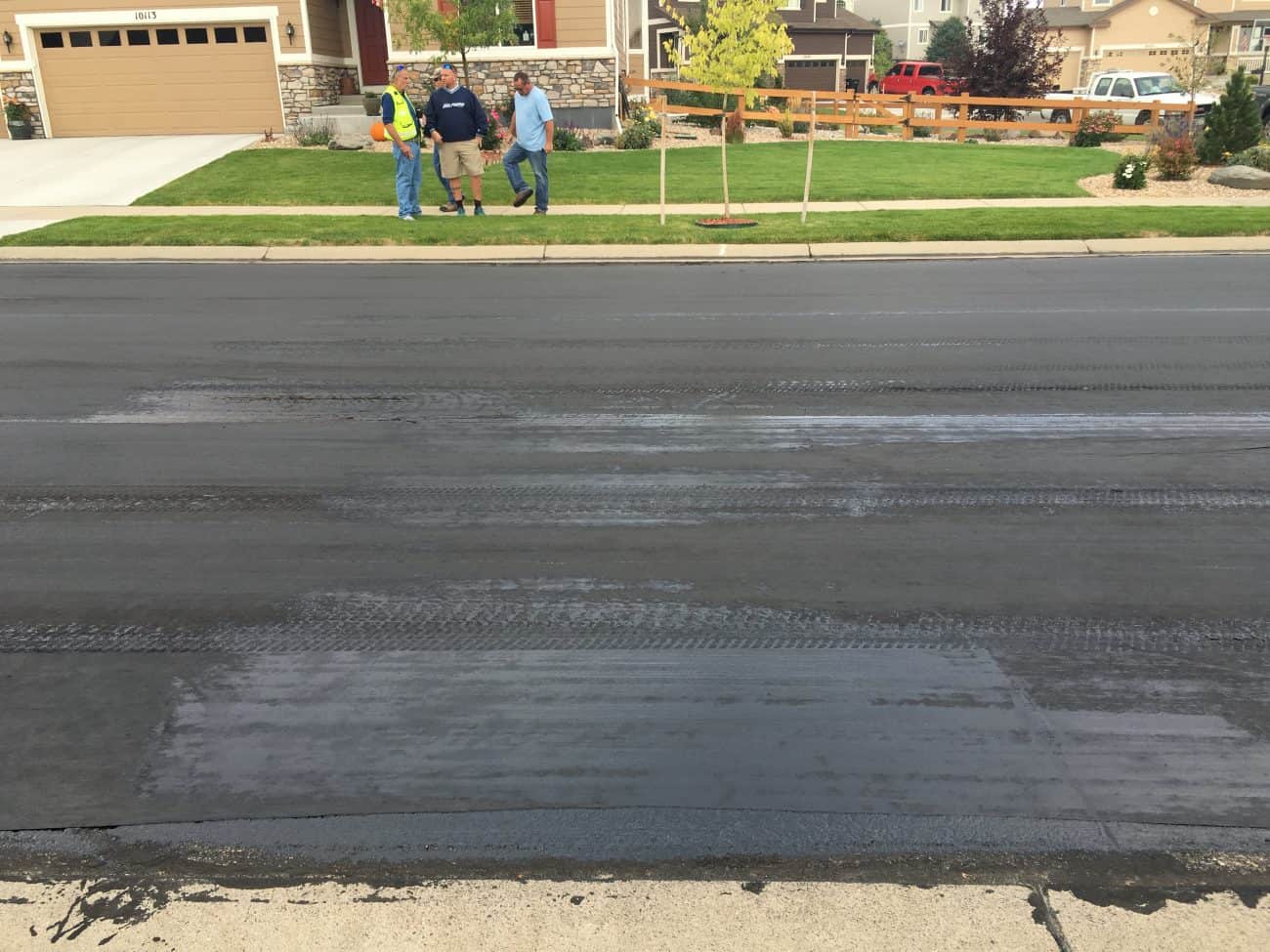 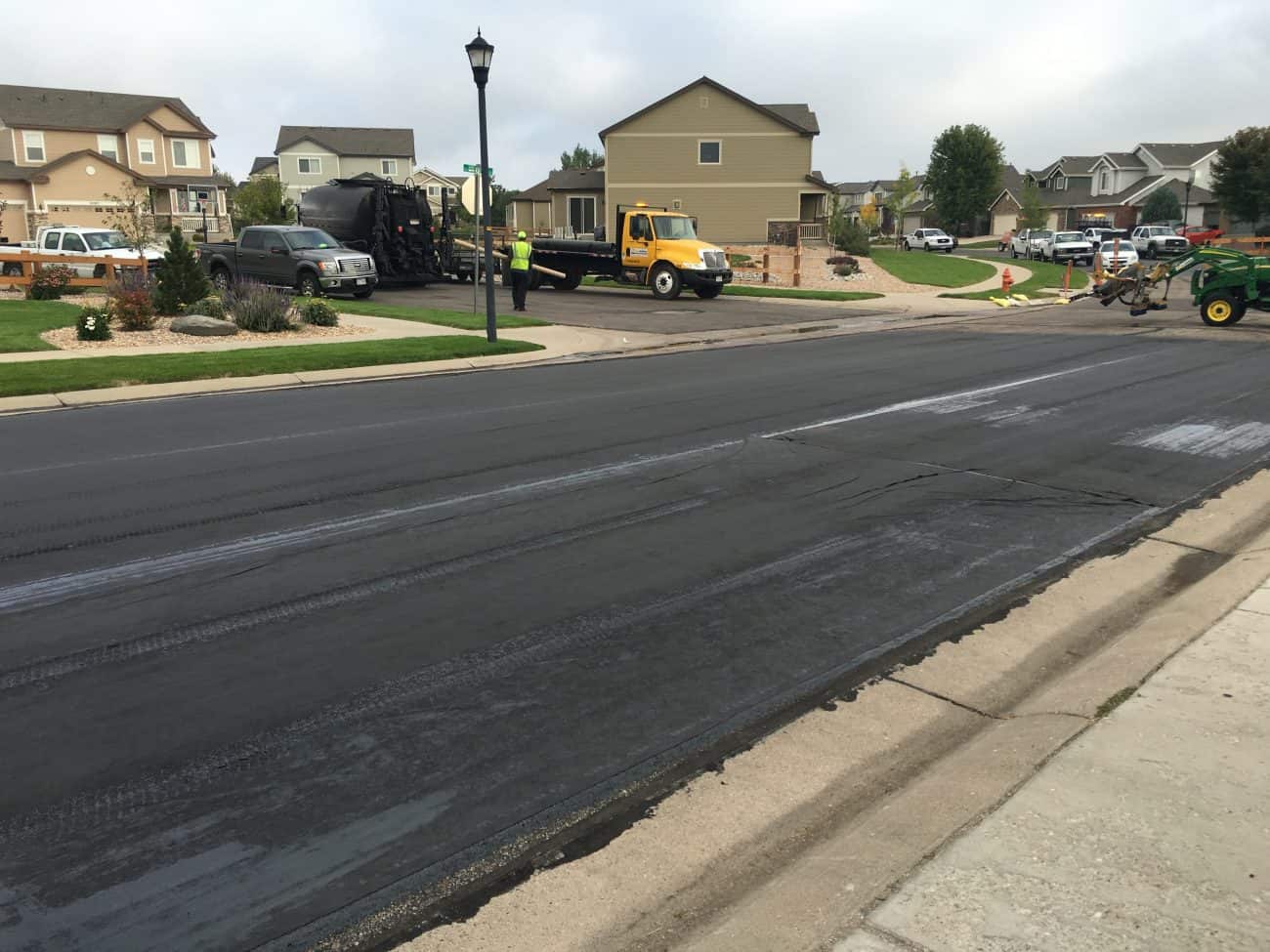 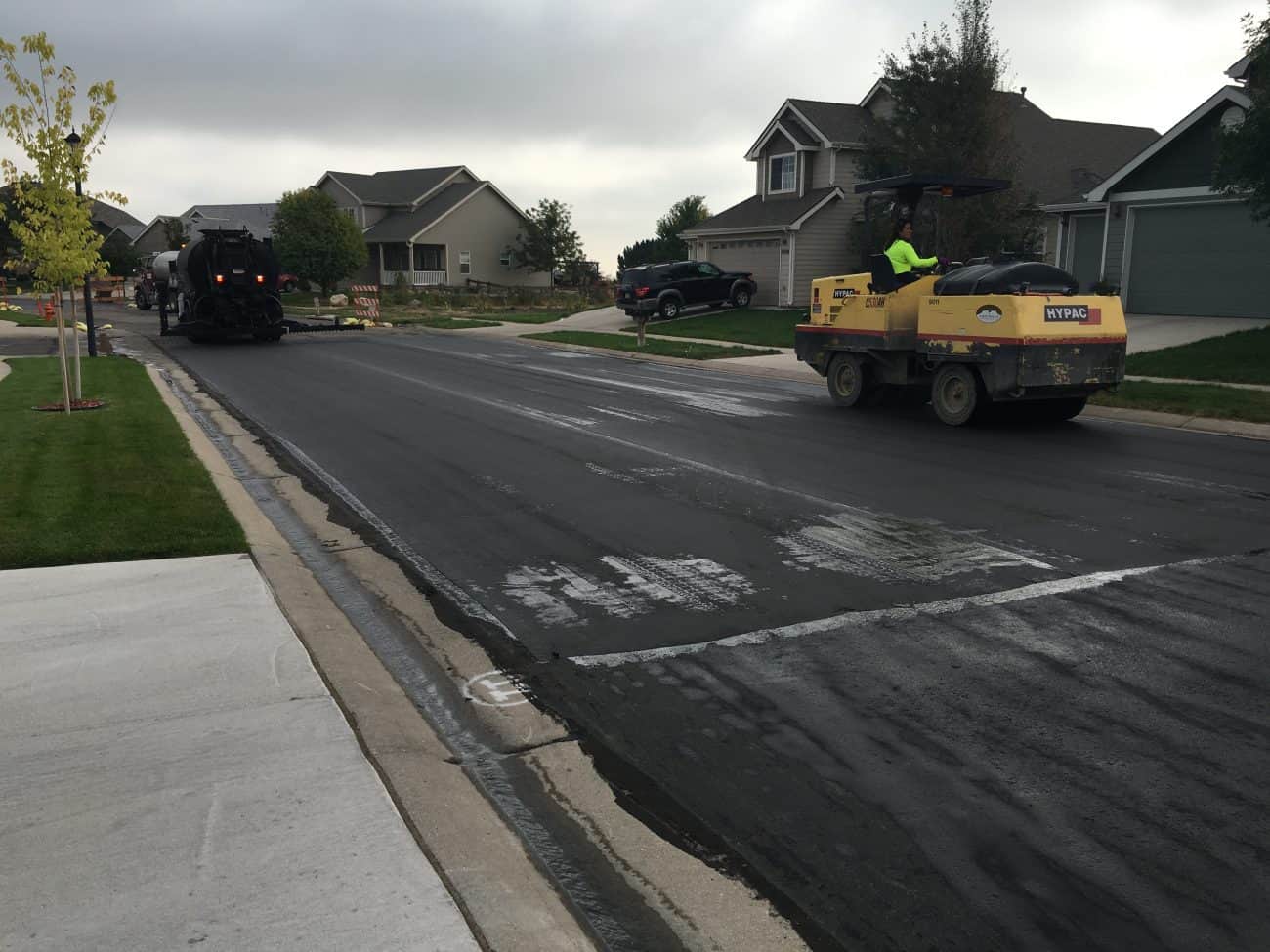 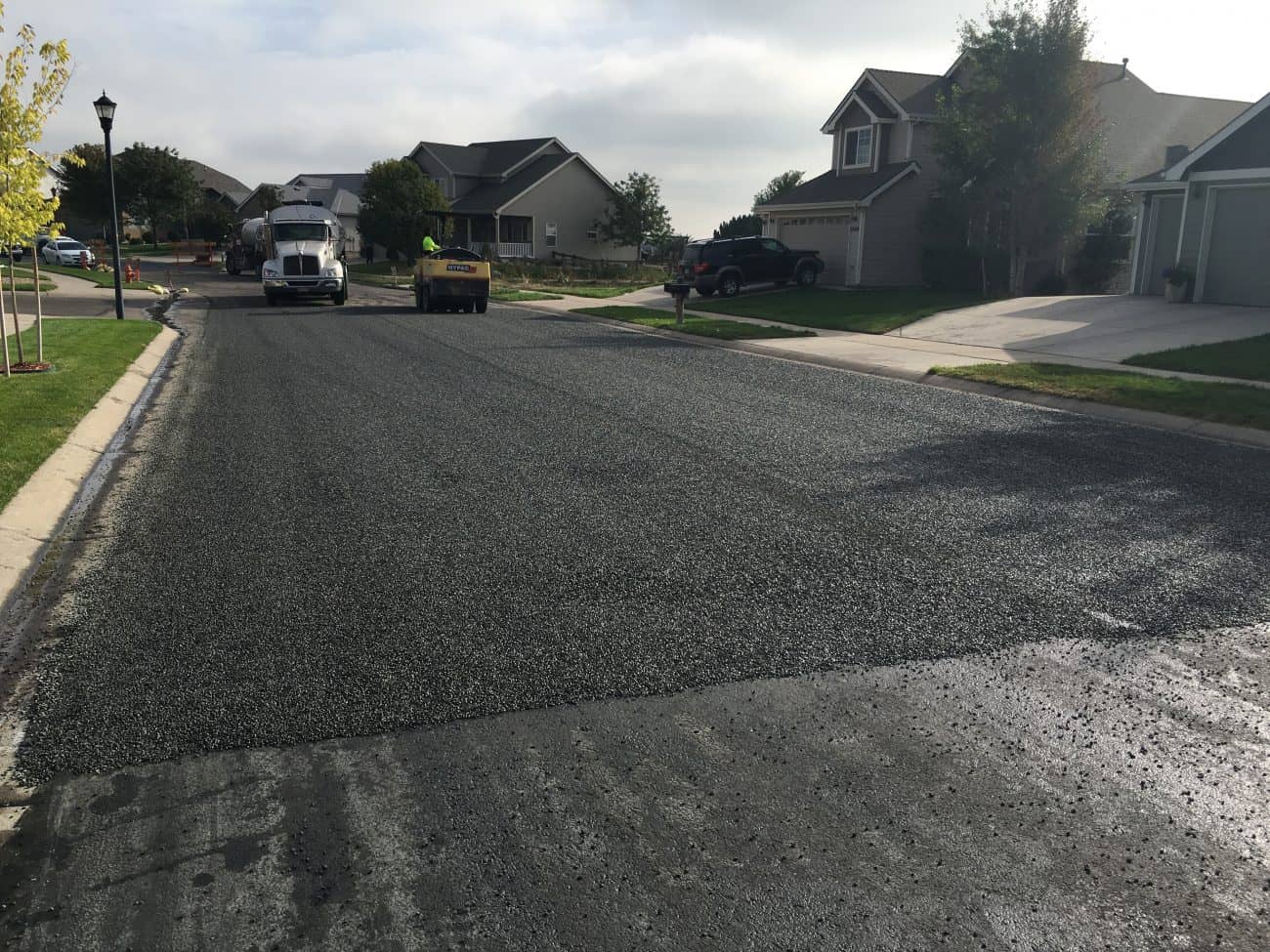 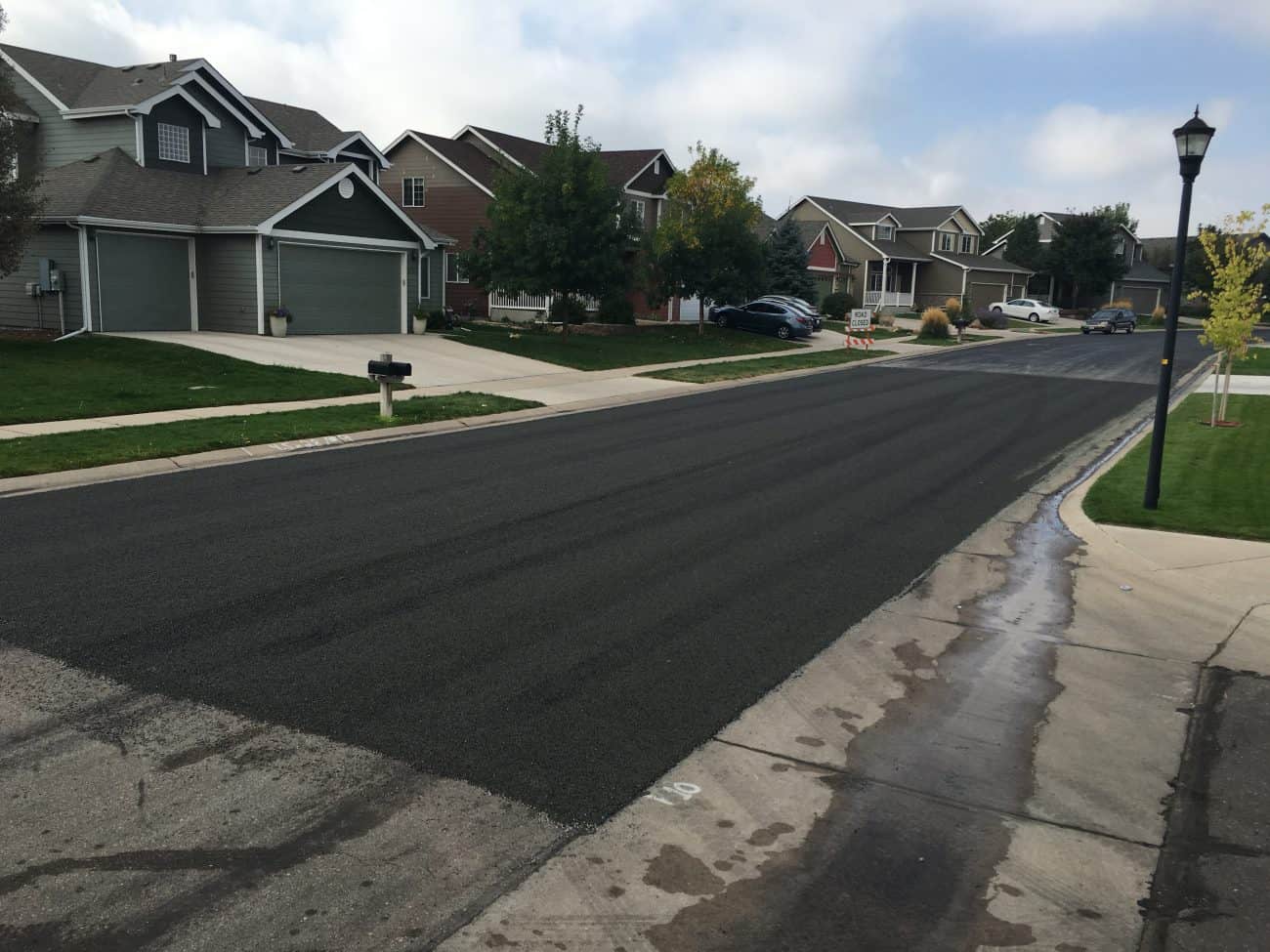 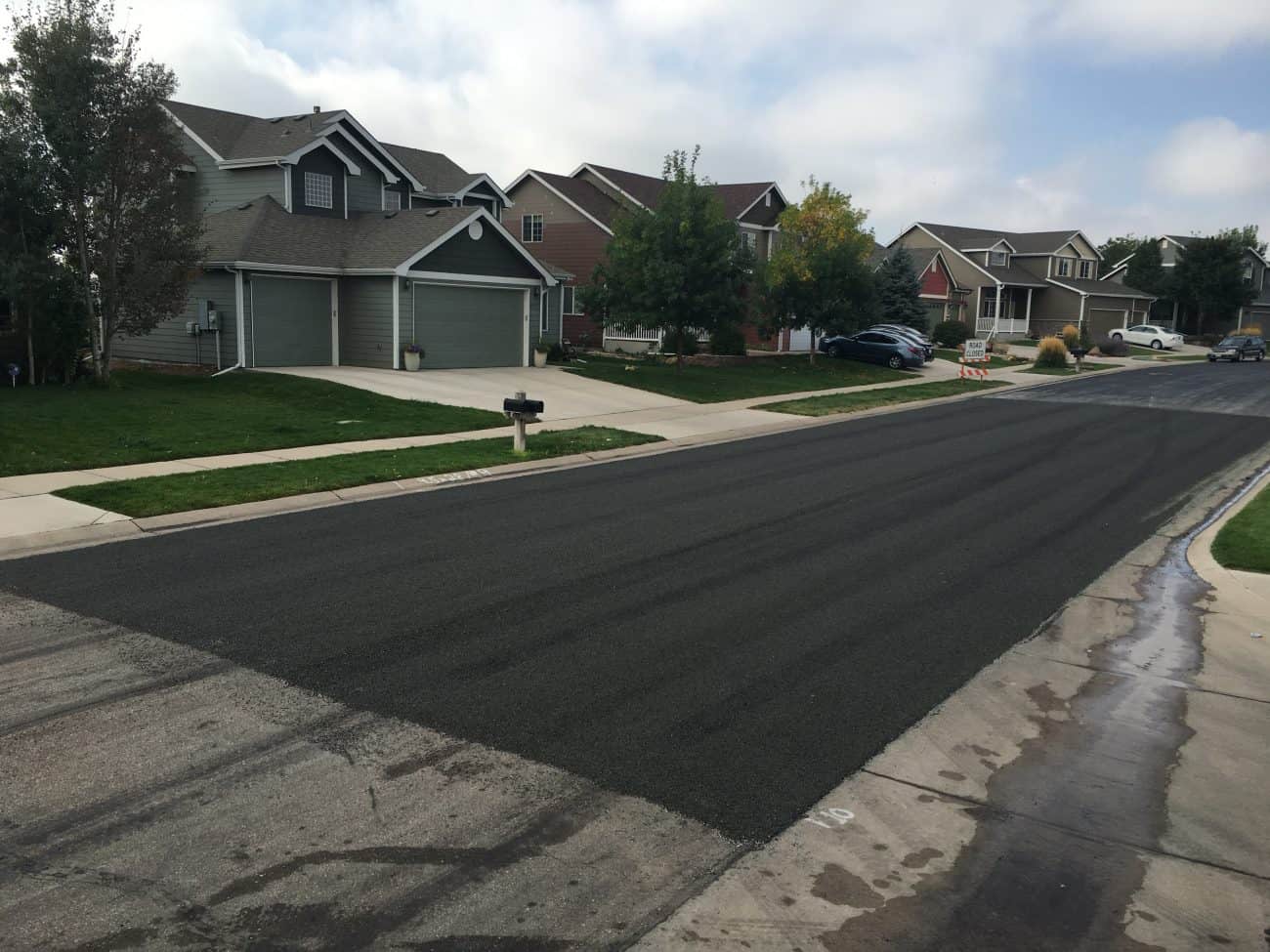